Advantages of using LED light for your boat trailer

Many boat trailers now come equipped with LED lights. Aside from the initial cost of LEDs, which is slightly higher than traditional incandescent bulbs, there are few advantages to the new technology, especially for boat trailer applications.

LED light for your boat trailer

A LED is a solid state semiconductor device that has been specially designed to emit light. LED stands for light-emitting diode, a small diode that generates light when a small electrical current is applied.

LED lamps last longer because they withstand road vibration and resist shock much better than light bulbs. In fact, studies show that the life expectancy of an LED is 100,000 hours, or six times that of an average incandescent bulb.

Another big advantage is that LED taillights are brighter, which means that other vehicles will see your lights better and accidents can be avoided.

In comparison, incandescent lights take about a quarter of a second to reach 90 percent brightness. A study by the University of Michigan’s Transportation Research Institute found that LED lamps respond, on average, 1/5th of a second faster than standard incandescent lamps. Using test results at 65 mph, LEDs improved reaction time and decreased stopping distance by 16 feet.

The available LED Lights are those that are designed to fit into traditional incandescent lamps. However, it is not recommended to mix LEDs and incandescent lights in a boat trailer.

Incandescent lights consume much more amperage than LEDs, and if they draw that current through LED devices, the LEDs may burn out. Therefore, it is recommended to replace all lights in a conversion with LEDs.

At BAD 2D BONE TRAILERS, Aluminum Boat Trailers, we have the best LED lights for your trailer. 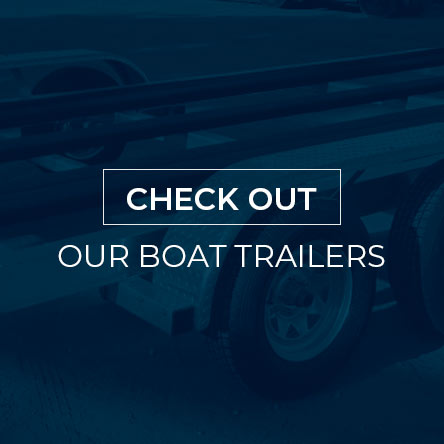